One program in particular has proven to be extremely popular with these celebs. Read on to find out which program that is.

A Crossfit fanatic, Cameron Diaz can deny about half of her age thanks to this intense form of exercise. The gorgeous actress is over 40 but could blast most 20 year olds out of the water in terms of fitness and having a toned body. Her personal trainer, Teddy brass has put together the perfect combination of surfing, pilates and yoga (combined, known as piyo) as well as weight lifting to give her the great shape that she loves.

Diaz adores exercising, so shedding some extra fat with some intense Crossfit cardio training poses no problem for the golden haired model-turned-actress. She stated that her body actually responds after she skips out a day or two of her exercise routine, therefore no laziness will be seen from her any time in the near future. Not that there has been any time that the actress seemed to be off her game. 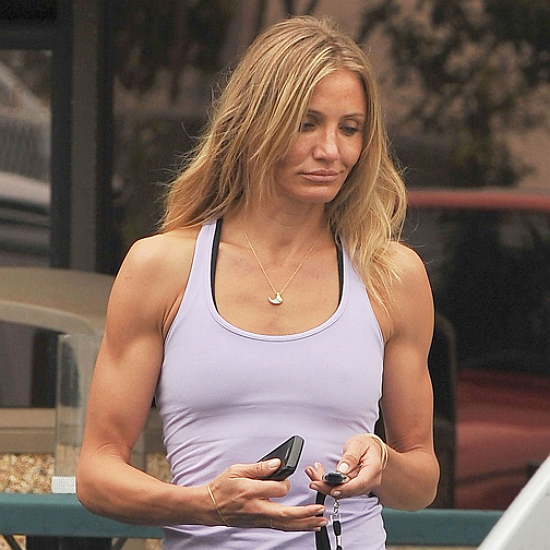 The former runner and yoga-guru Sheryl Crow stated that a friend actually got her hooked to the P90X home workout program. Despite it being a rather challenging program, particularly for beginners, she believes that anyone is able to do it.

The sexy Canadian singer admits she’s not a fan of going to a gym and added that she even takes the P90X DVDs with her on tour! It seems that anyone can find the time to keep themselves in shape it is just a matter of dedication.

Crow believes that anything can be achieved if the right amount of work is put in. With more people wanting to follow in her footsteps, she has no problems promoting the product in open shows or while standing in line for the Grammy awards.

The new mommy, Jessica Biel, swears that her baby bump has disappeared due to intense exercise and keeping to a strict diet. Aside from going for jogs in the morning and lifting weights, the star can thank yoga for her toned figure. Biel admits that she doesn’t spend more than 35 minutes at a time exercising.

The celebrity Mom decided to take up the intense combination of running, lifting and yoga after admitting that physical activities are very much part of her everyday life and that she would feel odd if she didn’t do some form of exercise on a daily basis. Whether her husband, singer Justin Timberlake follows along in the program is still a question, but one thing is certain, she is a true inspiration for all new Moms to follow.

The lady of rap has beaten the scale again, and this time she lost 30 lbs with a healthy diet and a combination of the all-so-popular Insanity and T25 programs. Although the result is not as drastic as her initial weight drop of 70lbs in 2002, she is feeling good about her efforts and finds this type of fitness program fits in with her busy schedule.

The intense cardio programs with Shaun T is turned on for half an hour a day, and she balances this with a low-carb, no-bread diet to give her the results she seeks. Although Missy says that sweets, breads and fried food are her weakness she wants to put her health first and plans to stick to her new regime.

Although no longer married, Demi Moore and former husband Ashton Kutcher seem to have something in common. Both actor and actress use the P90X home workout program to keep themselves in shape. Moore is already over 50 and a mother of 3 girls, but she doesn’t look a day over 30 thanks to the great body she has obtained over the years.

Keeping in shape is Moore’s ideal lifestyle and her roles demand that she has a very crisp and lean look that will surely fit all of her newest roles on screen. No wonder she can land a husband who is 17 years younger with a body made of steel.

Ashton is worth a mention as well, since the actor praised the P90X series for preparing him for a his role in Killers. Apparently, he would sometimes perform two P90X workouts in one day! 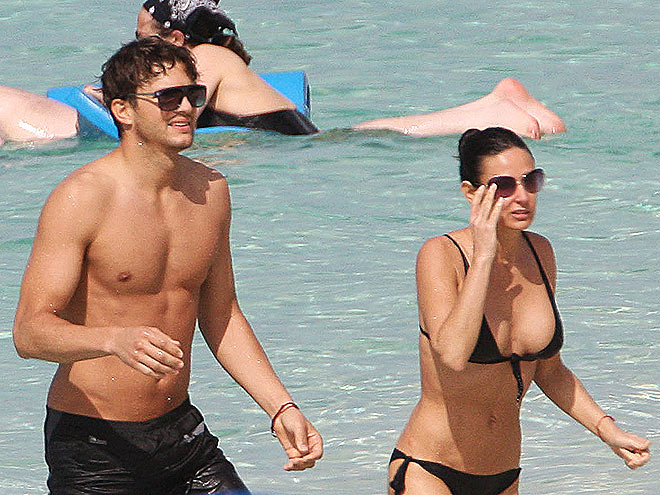 The 36-year-old pop singer knows a thing or two about keeping up her super muscular body while she is on tour. Her abdominal muscles are so defined they have actually been referred to as “man abs” and they’re thanks to her 6 day-a-week home workout routine consisting of both P90X workouts and yoga exercises.

When Oprah asked her about P90X, she referred to it as “crazy” and stated that it is something she takes along with her on all of her tours to keep fit. After seeing the results gained by her brother’s wife after completing the program, who had just given birth 4 weeks prior to the incident, Pink was inspired to “perfect this thing.” The results speak for themselves, and although the singer admits to a lazy lifestyle when she is not performing around the country, her routine gives her strength and results that keep her looking good in her off-time. 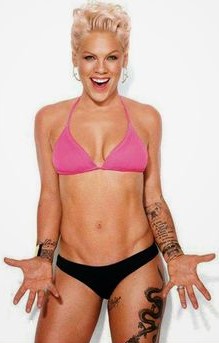 Ever heard of TRX Suspension Training?

I hadn’t, up until I discovered it was Gisele’s home workout program of choice.

The tall and lean supermodel utilizes this unique type of training to keep her muscles well defined. The TRX suspension training is her favorite method of training and it gives her the military-style, total body workout that she needs. The strap and handle weight training system can be used just about anywhere and can tone up every single muscle in the body, making it perfect for the long-legged model. It is not known how often she works out but her results are visible to everyone when she’s on the runway posing in some of the finest designer wear and swim suits out there.

Being the First Lady of the country brings great expectations in terms of setting an example and Michelle Obama is doing just that. The president’s wife and mother of two daughters is using the P90X program to stay in shape.

Capricia Marshall is the chief of protocol at the White House and has given the inside scoop that even Barrack Obama owned the P90X plus version of the DVD. Michelle reported in Women’s Health that she usually gets up very early in the morning to do her routine, before anyone else in the house wakes up, at around 4:30 am. Her husband joins her at the gym halfway or at the end of her routine.

She stated in a report that she believes keeping in shape is not about “getting on a scale or measuring your waistline”, she went on, “Instead, we need to start focusing on what matters, on how we feel, and how we feel about ourselves.”  It sure seems that the home workout program is doing a good job in making her feel good about herself.