Eat This, Not That! Part 1: Fast Food 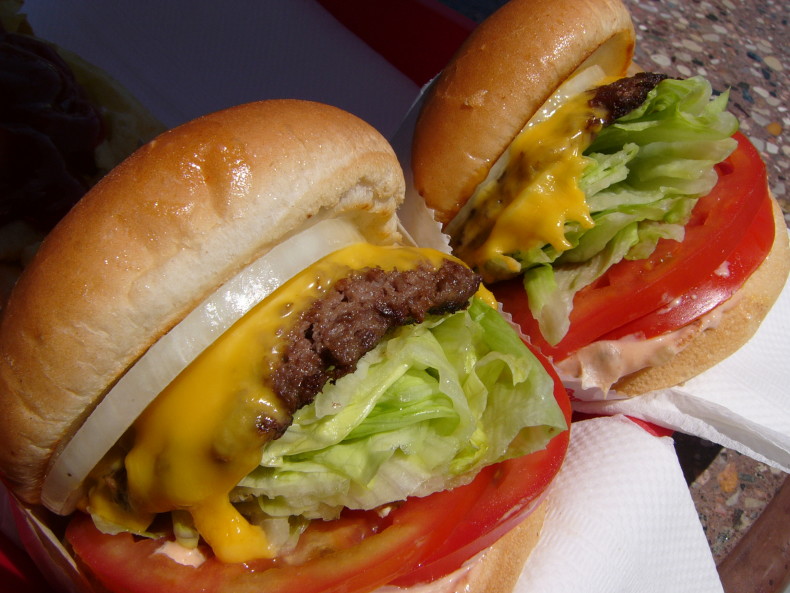 In this day and age very few of us have the time to spare to cook fresh, hearty meals every day. In recent years we, as a society, have accepted the fact that fast food offers convenience as a solution to this problem, however, a new problem has arisen: we have become too accustomed to fast food and, rather than consuming fast food to alleviate the convenience problem, we now eat fast food out of habit.

At my house we used to order fast food as a treat once per week. As time went by, the number of take-outs and fast-food meals we were consuming increased to four, five and sometimes six times per week, purely because both my partner and I work late and, by the time we get home, we couldn’t be bothered to cook.
It didn’t seem like a big deal at the time but, when I look back at the amount of saturated fat and sugar we were consuming, I realize just how scary it was.


For many of us, we just simply need to learn which foods are good for us and learn how to cook efficiently and that’s exactly what you will learn from this article.

Below are 5 of the most common fast-foods along with their great-tasting, easy-to-make homemade alternatives. Enjoy! 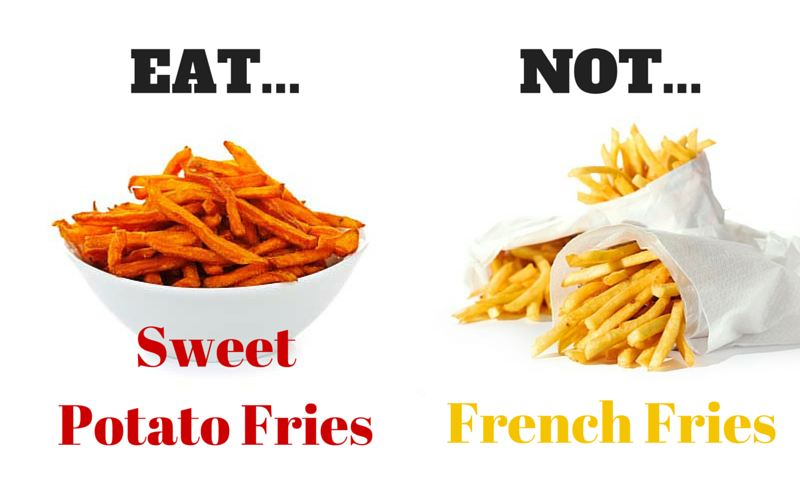 Ah, the mighty French fry. A portion of these bad boys goes with pretty much anything and are served as a side to most dishes in the majority of fast-food restaurants.
Sadly, the nutrients that existed when each fry was part of a boring old potato is lost when they’re deep fried in cancerous vegetable oil.

Additionally, restaurants typically use white potatoes for french fries. No potato is ‘bad’ for you, but white potatoes have been proven to convert to sugar more easily and quicker in the body than other types of potato. This sugar needs to be used for energy quickly to avoid being stored as fat.
By baking, rather than frying, you will significantly reduce your intake of fat and calories regardless of the type of potato used, however we will use sweet potato in this recipe because they are lower in calories and offer more fiber and vitamins. Plus they taste awesome!

If you’re interested in reading more about the lack of benefits of French fries, read this article from Time.com.

How To Serve Up Some Scrumptious Sweet Potato Fries 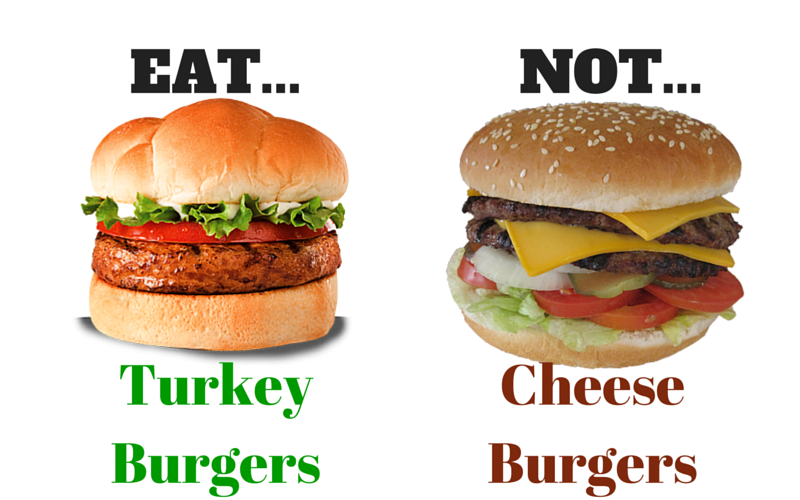 Don’t be fooled by the appearance of the lettuce and tomato, it doesn’t make a cheese burger good for you, and it certainly does not ‘cancel out’ the cheese!
Stating the obvious, turkey is a lot leaner than beef, therefore it has fewer calories. Whilst the cheese is an integral part of a cheese burger (duh!), it isn’t essential for a turkey burger. A single cheese slice can contain upwards of 100 calories and, if you’ve ever made your own burgers before, you know you don’t just add one slice. You might add two, plus you might gobble down another slice while you’re waiting for the burger to cook (it’s not just me, surely!). We can do without the added fat and calories so leave the cheese.

You can have one of these quick burgers prepared, cooked and eaten long before the delivery guy arrives so give the take-out menu a miss!
These burgers go great with the sweet potato fries from #1.

How To Whip Up A Simple Tasty Turkey Burger

Tip: Serve your burger in between lettuce leaves instead of a burgers bun and add a dollop of natural yoghurt rather than the usual ketchup, mustard or burger sauce for an even healthier low carb alternative. 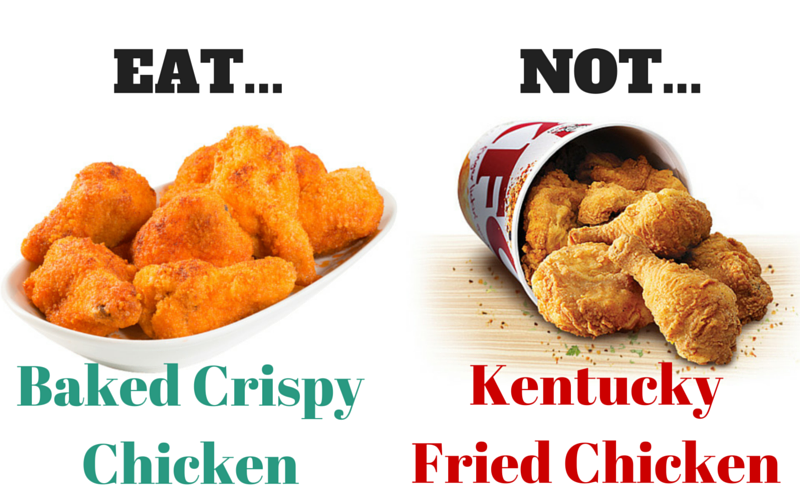 The most recognizable and well-known chicken restaurant in the world is none other than the legendary KFC. Despite the fact that chicken is one of the most protein-packed foods around and is a staple part of any healthy diet, when a restaurant has ‘Fried’ in its name you know the food can’t possibly be healthy but we accept this so we can enjoy KFC’s finger-lickin’ chicken every now and then!

Jo from EveryNookAndCranny has created a very similar-tasting spice mix to KFC’s own secret blend of eleven herbs and spices, which I have detailed below. Include it as part of this recipe and you will have your very own healthy, homemade KFC-style chicken. Score!

How To Bake Your Own Healthy Finger-Lickin’ Chicken 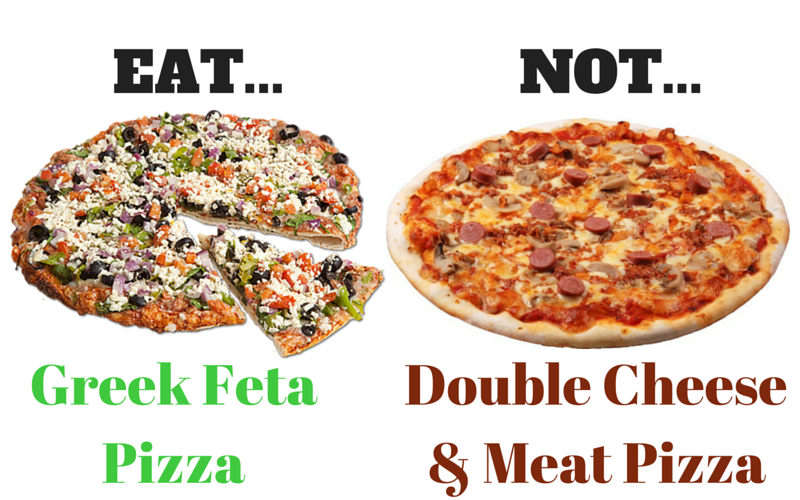 Pizza is probably the most popular fast food dish in the United States and the majority of the western world. It’s typically made fresh which means that some may not consider pizza a fast food, however, even the healthier options are usually still rammed with calories and fat owing to the dough and cheese base and it is for this reason that the pizza is included in this list.

For this homemade pizza you can buy and use a pre-made pizza base , however, this recipe includes creating your own base, which is virtually fat free and I highly recommend you include.

This recipe uses feta as it is a strong, sharp-tasting cheese which allows us to use less, thus saving on calories, but still remains cheesy, like any good pizza should!

A slice will yield around 300 calories and only 6 grams of fat.

How To Prepare The Perfect Healthy Greek Feta Pizza 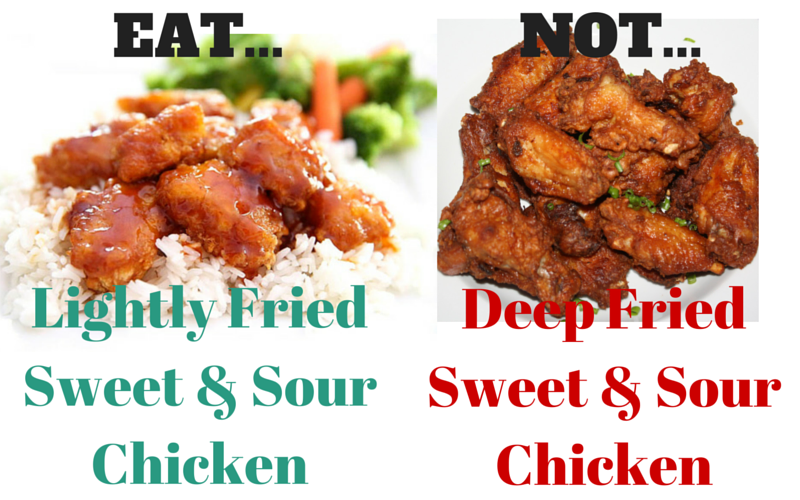 Sweet and sour chicken is one the most popular Chinese dishes (and is one of my favorites!). Whilst most foods you find in a Chinese restaurant is of the healthier variety, it’s the method of cooking that ruins it: almost everything is deep fried in fatty, artery-clogging oils and caked in copious amounts of salt and the sauces are packed with sugar.

This home made version of sweet and sour chicken uses a small amount of canola oil for cooking and the sauce is made without any added sugar.

Cook Up Some Healthy Chinese-Style Chicken With This Recipe